Hell NO Monsanto! GMO’s have got to go!

I was part of a group of people from Cape Cod who traveled to Boston on Saturday to join a large crowd of protestors who marched from Government Center to the State House waving banners and chanting anti-Monsanto and pro-natural food slogans. We were joined by protesters in dozens of cities throughout the country as part of a global protest against Monsanto and the genetically modified food it produces (GMOs). GMO’s have been proven to have detrimental affects on the body, causing infertility and other problems in humans, and the RoundUp herbicide that is liberally sprayed on these plants has also been found to be also highly toxic. We are ALL eating this food!

Organized marches and protests were held in 436 cities in 52 countries, and it is estimated that two million people took part world-wide.

Gillian Drake, front left, with the Cape Cod contingency at the Boston March against Monsanto

We have the right to know! Ben, Gerald and Gillian 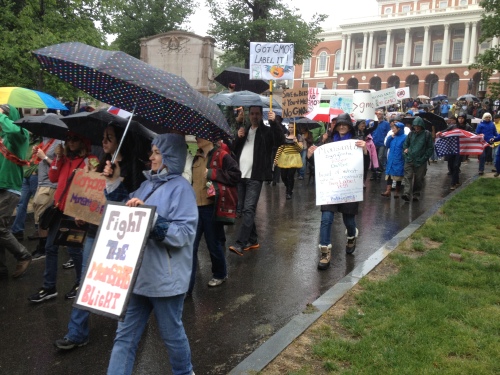 The Boston March against Monsanto 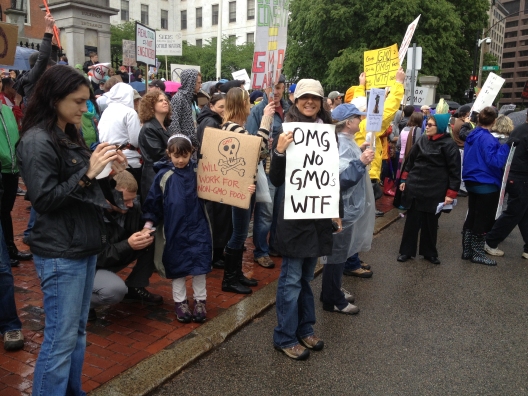 Laura Kelley at the Monsanto March

Laura Kelley being Interviewed by the press 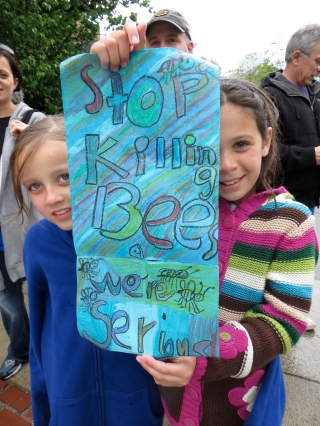 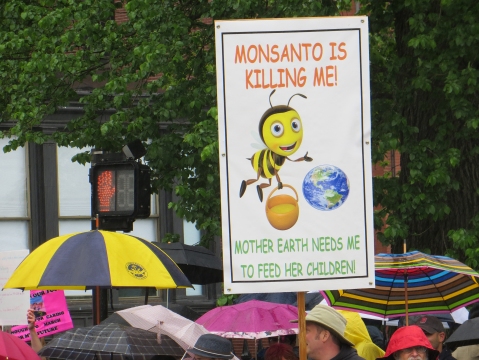 What the bees would say!

The March goes to the State House

Ben, Gerald and Laura get ready to march

"This is a book that can change the eating habits of millions."
— A.G., Eastham, MA
_______
READ GILLIAN'S BLOG http://gilliandrake.com/blog/
_______
ALSO BY GILLIAN DRAKE:
The Cape Cod Fish
and Seafood Cookbook

"Out of the vasty deep and into the butter and garlic . . . here's an eclectic catch of the day from the salty chefs and shores of Cape Cod. I'd buy it for the halibut!"
— Alice Brock of Alice's Restaurant
Buy the book HERE

The most detailed scientific study ever conducted on the health effects of a genetically modified (GM) food was published last year. The findings of the study, led by Prof Gilles-Eric Séralini at the University of Caen in France, were shocking. Rats fed over a two-year period with two Monsanto products, a GM maize and tiny amounts of the Roundup herbicide that the maize is engineered to tolerate being sprayed with, had increased rates of severe organ damage, tumours, and premature death.[1] Please see gmoseralini.org

All content, text and design copyright Gillian H. Drake, unless otherwise indicated. Links, images and excerpts may be used, provided that full and clear credit is given to Gillian H. Drake, with appropriate and specific direction to the original content. Please request permission before reposting or publishing full articles.